* You will receive the latest news and updates on your favorite celebrities!

To figure out whether a product is vegan sounds pretty straightforward: just check the label to see if it contains egg, shellfish, beeswax, gelatin or milk and you will know whether a product is vegan or not. Unfortunately, in reality, it is not always that easy. There are so many products which you’d expect to be fully made from plants but suprisingly are non-vegan products. The European Union has created laws to what extent certain ingredients should be mentioned on the label. This is relatively limited, which means that not every component of a product will be found on the label? F*cked up? Yes, I know. You’d expect some transparency in the 21st century, right?

So until a new law has been accepted, I have created a little list of products which are secretly not entirely made of plants:

# Wine; to clarify wine, animal products have been added for years that aid in this process. Think of: gelatin, protein, casein (from milk) or the always delicious-sounding fish glue. There are more wines nowadays with a vegan logo. Want to be sure – opt for natural wine. Natural wine is made without chemical additives and should, therefore, always be vegan.

# Beer; like wine, to remove its cloudiness, can also be clarified with animal products. This happens to a lesser extent than wine. Meaning, if not sure – opt for beer. This also does not need to be stated on the label. Guinness is a brewery that until 2016 always clarified the beer with animal products, due to high demand of vegetarians and vegans, they changed their recipe. Since then the beer is also vegan-friendly.

# Liquor; the same story as with wine and beer. In your favourite alcoholic drink, they also add ingredients to make them more clear.

# Bread and cakes; the baker often adds whey powder while baking products. Whey powder comes from the by-product of making cheese, whey and therefore not a vegan ingredient. Funnily, a few years ago there was a Dutch TV show in which they found out that there was human (!) hair in bread. They travelled to China to be shocked by the insane amounts of human hair in a factory. So weird. But honestly, for me, I always wonder how people do even come up to try the effect of different ingredients? Fish-glue, charred bones, human hair?

# E numbers (within the EU). According to the European Union, e-numbers do not have to be stated on the packaging whether they come from animals or not. What is funny, lactic acid, even if it doesn’t sound like it, is vegan.

This is just a shortlist of some sneakily non-vegan products. Most likely, there are many more products to eat or drink that are not vegan. If so – let me know in the comments below :). Can we expand this list!

Tepache recipe - A refreshing drink made with pineapple peels.

This site uses Akismet to reduce spam. Learn how your comment data is processed. 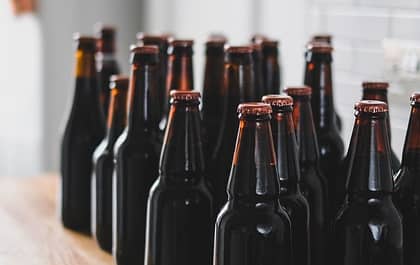 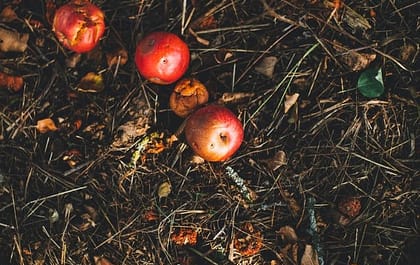 No restaurant is ever able to ditch all food waste entirely.  Well, this is not true, as there is this inspiring restaurant SILO in London, which is the world’s first zero-waste restaurant. This is next-level awesome. However, for the regular cafés and restaurants between us,… 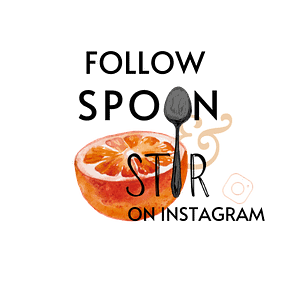 the give a shit guide